The aim of the project is to understand the impact of consistent chemical modifications over a novel series of Non-Fullerene Acceptors molecules on the physics and the optoelectronic properties of the OPV devices, in order to open up new possibilities for a more efficient development of organic solar cells.

A particular focus will be given on the effect of the crystallinity of the acceptor domains in the blend on the charge recombination and device performance and stability. 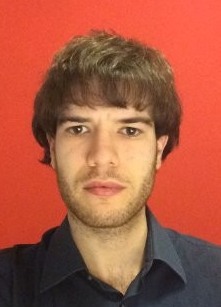 Mr. Pierluigi Mondelli is an Early Stage Researcher in the field of Organic PhotoVoltaics (OPV) working at Merck Chemicals Ltd. in the PV-Physics Fundamentals Department in the Chilworth Technical Center of Southampton, and a PhD candidate in the Optics and Photonics of Condensed Matter Physics Department in the University of Chemnitz. He started his research project within the ITN SEPOMO (Spins for Efficient Photovoltaic Devices based on Organic Molecules) network and his recent activity in Solution-Processed Organic Photovoltaics is focusing on the electronic and optoelectronic characterization of a new generation of Non-Fullerene Acceptors, looking into the dynamics and the role of the charge-transfer state with respect to the energy losses which are responsible for a lower Power Conversion Efficiency of OPV devices compared to inorganic solar cells. His field of expertise is ranging from mechanical engineering to nanotechnology and material science, being trained at the University of Rome “La Sapienza” and further working at the Queensland University of Technology in Brisbane (Australia) towards the integration of graphene into the silicon-based industry. He also worked as a research fellow for the Physics Department of the University of Rome “La Sapienza” on the magnetic properties of organo-metallic molecules grown on intercalated graphene systems. The main results of his research activities are already contained in several publications in peer-reviewed journals and posters presented in international conferences.